Again, took a quick trip down to Brynmill Park, hoping a warbler or two may still be around. 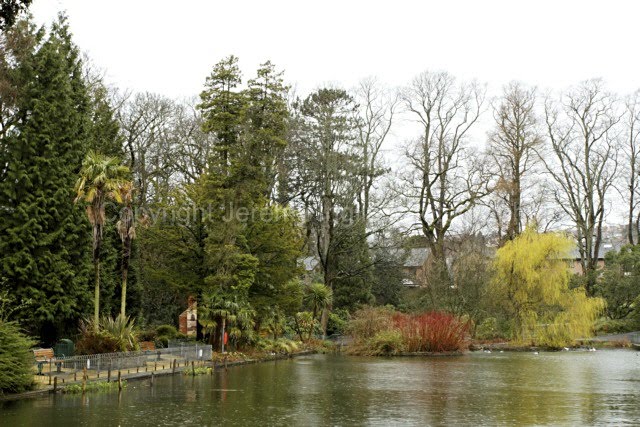 I needn't have worried: there were dozens of Willow Warblers flitting around the bushes on the edge of the pond, although strong winds and heavy rain made photogaphy quite difficult. Here is one of my better efforts: 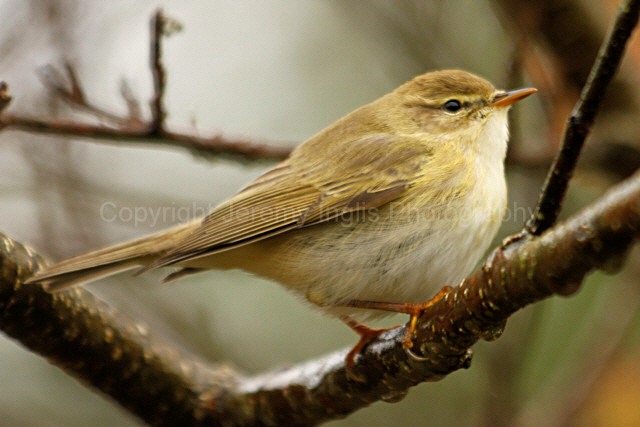 A Walk in the Rain

Took another quick walk down to Singleton Park at lunchtime, hoping the Ring-necked Parakeet might still be there. It wasn't! Contented myself with feeding the birds in the increasing rain for a few minutes. Took a few snaps, including this one of a Coal Tit coming to my picnic table for peanuts: 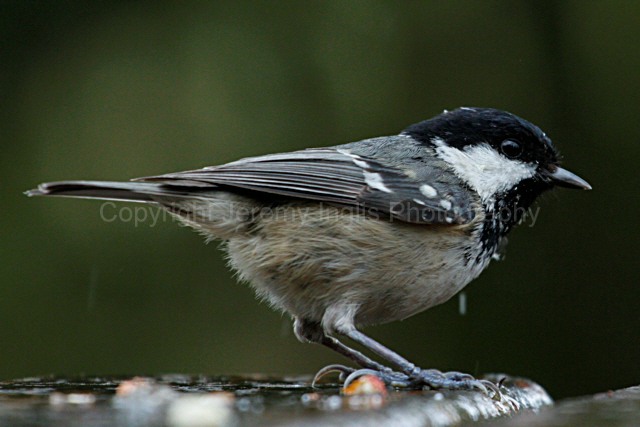 I then continued to Brynmill Park, a small park across the road from Singleton, and walked around the lake: 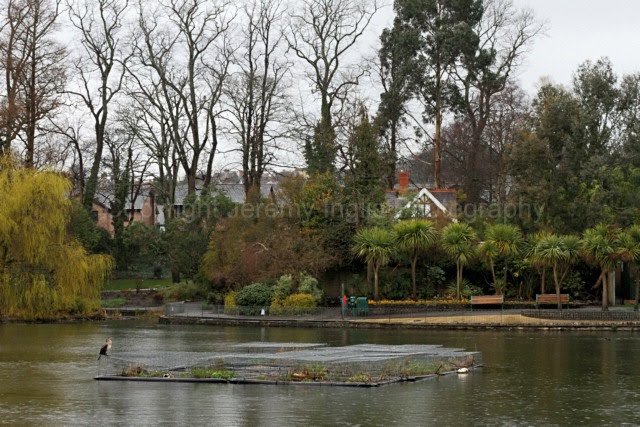 Only birds of note were 5 Tufted Ducks (3 males and 2 females); 1 Cormorant; and my first migrants of the year, which were 6 of either Chiffchaffs or Willow Warblers, flitting between bushes on the edge of the lake. I'll try to head down with my big lens later to see if I can get a few pictures if they are still around.
Again, I continued to West Cross to fill up the Teasel heads with Niger seeds, and was surprised a little later to see a Goldfinch come down to feed in the pouring rain. Two more Goldfinches were perched in a nearby tree, but didn't come down. There were a surprising number of people out in the now-heavy rain, including this couple 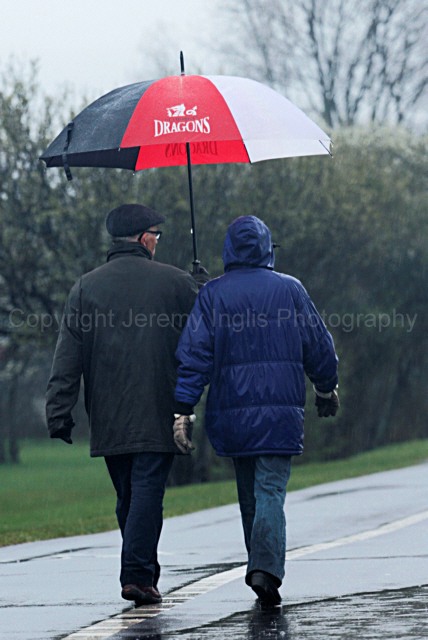 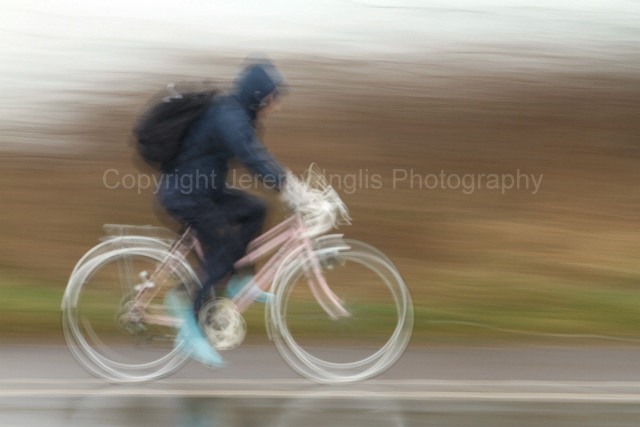 I took a few shots of the profusely-blooming daffodils, before heading home. For this shot, I used a long exposure whilst handholding, the moistness which was now on the front of the lens adding to the softness of the image: 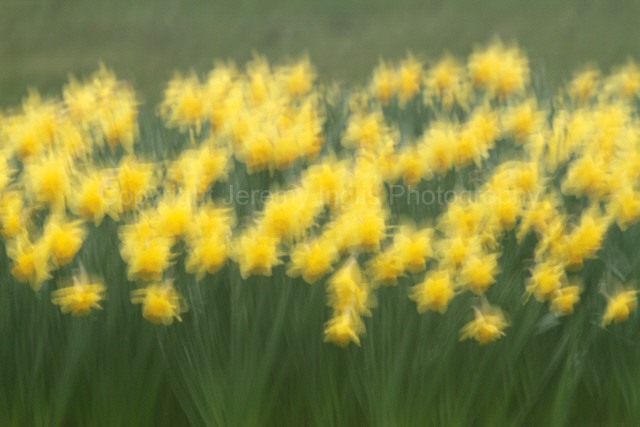 A Parrot and Two Goldfinches

This is the entry for yesterday, Saturday, 27th March.
About 8 a.m., I walked down through Singleton Park, Swansea, towards the Ornamental Gardens. As I was about to turn into the wooded area on the left, as I often do to feed the local birds, I was greeted by a fearful screeching sound, like a Jay on helium. I was unable to locate the source of the racket, until I saw an unknown bird shoot over my head, over the footpath, and towards the main part of the Ornamental Gardens. I proceeded to feed the local small birds (some of which are hand-tame, especially the Great Tits) with peanuts, before the mystery bird returned and perched in the top of a nearby tree. It was a male Ring-necked (or Rose-ringed) Parakeet (Psittacula krameri)! It flew out and back two or three times during the ten to fifteen minutes I was there, but I was unable to entice it down to some peanuts I threw on the ground for it. I've never seen one before, so it would be nice if it hung around for a while to allow me to get some pictures of it. Anyhow, I did manage the following picture of it before I went on my way: 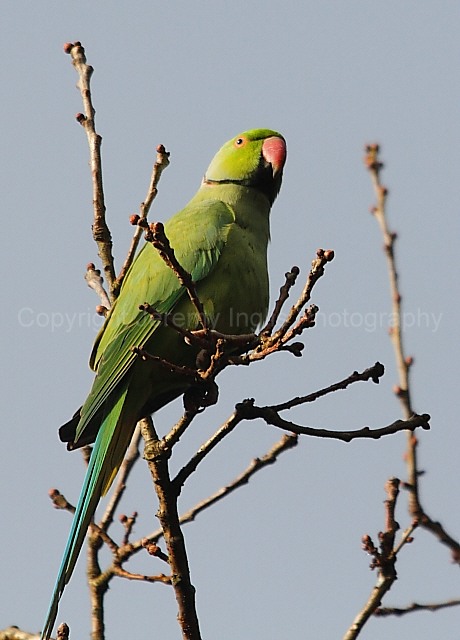 After this little bit of ornithological excitement, I walked down towards the bottom of Singleton Park, checking the field on the right for any signs of lingering Redwings, as this is usually the last place I see them before their Springtime migration Northwards. Last Sunday, I had seen 19 or 20 here, but today there were none, so I guess that is the last I shall see of these lovely Northern thrushes for this year.
I then continued my walk along the seafront, through Blackpill, and along to West Cross, where I have had a little project attempting to photograph Goldfinches this past Winter.
It started before Christmas, when I noticed some reasonably approachable Goldfinches feeding on weed seeds at the top of the dunes, and I wondered how I could keep them in the area so I could photograph these beautiful birds for the first time. I found some Teasels some way away (Llansamlet!), and brought them over and fixed them with stakes into the dunes, where I have proceeded to top them up with Niger seed every couple of days ever since. Eventually, after a few weeks, I managed to attract a flock of six birds, and then the biggest group yet - ten. Along the way, I've managed a few decent shots, although recently it seems as though numbers have declined, and I thought maybe the birds had deserted the area for their breeding territories. However, I saw a couple of birds on the Teasels a few days back, so decided to keep stocking up the seedheads. I'm glad I did, as today I was rewarded with a visit by two Goldfinches, enabling me to get a few pictures, including this one: 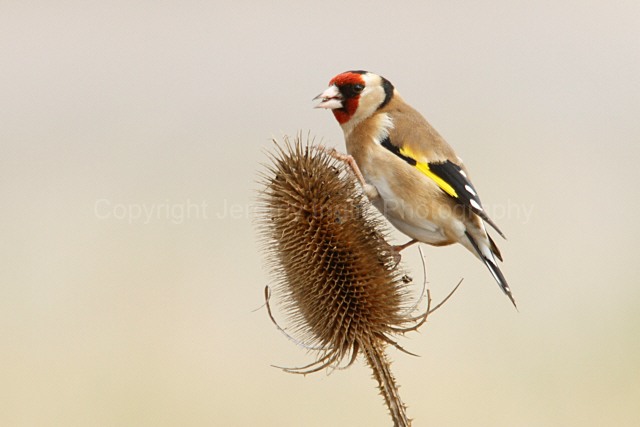 Before I knew it, it was 4 p.m., and it was now high tide as I walked back home past Blackpill. There didn't seem to be many birds there, and I was about to walk on, when I noticed a flock of medium-sized brown waders flying just off offshore, occasionally alightly tentatively to land, before immediately taking flight again. There must have been 50-60 birds, which a closer look revealed were Bar-tailed Godwits. After watching them wheel around over the bay for a few minutes, they disappeared out of sight, and it was time to wend my weary way home. The Godwits didn't really come close enough for any really good shots, but I managed a few flight shots with my Canon 7D and Sigma 500mm f/4.5 lens - including this one, which has been cropped a bit: 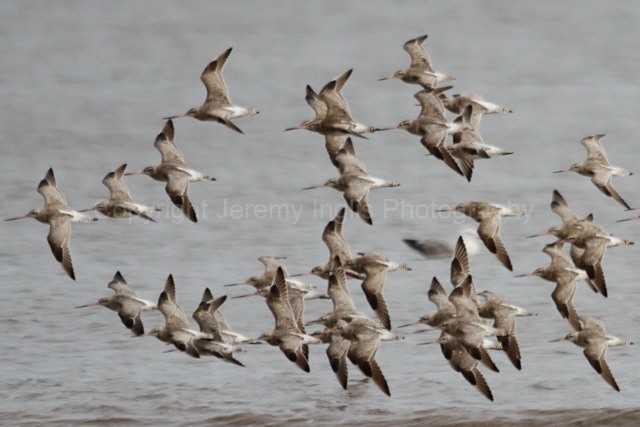