This plant is, probably, a rare British native wild-flower, its main population being concentrated in Cricklade Meadow in Wiltshire. These pictures, however, were taken last month at Clyne Gardens here in Swansea, where a small population is naturalised on a grassy bank, along with other wild-flowers.
Most plants are of this dark purple chequered variety: 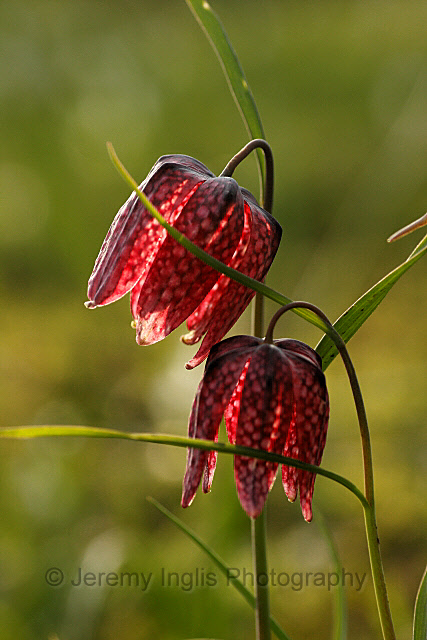 although a small proportion are white: 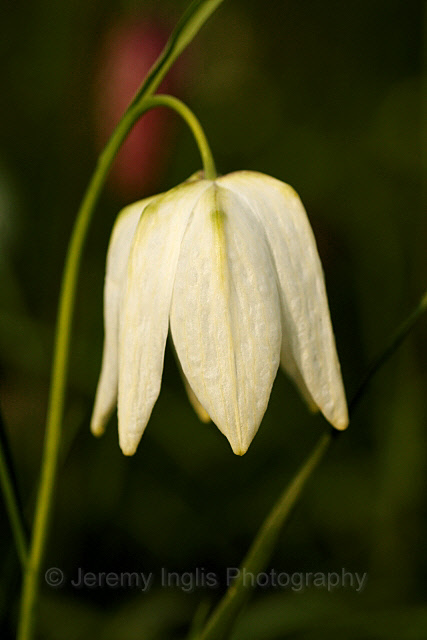 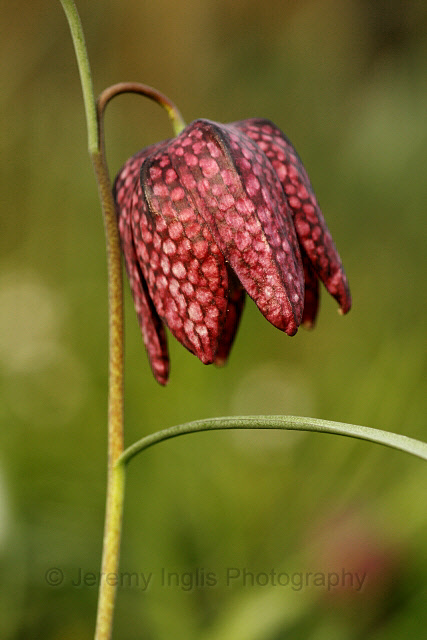 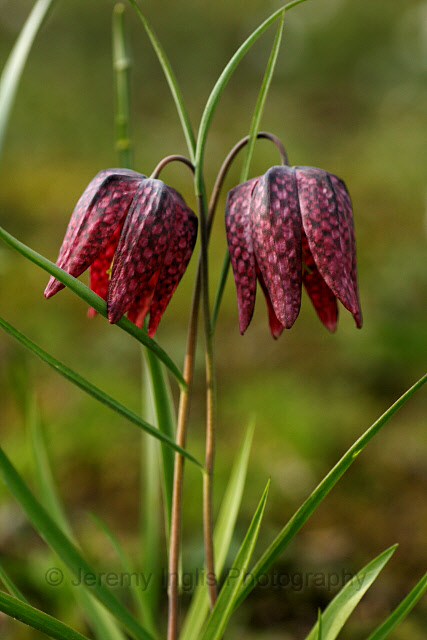 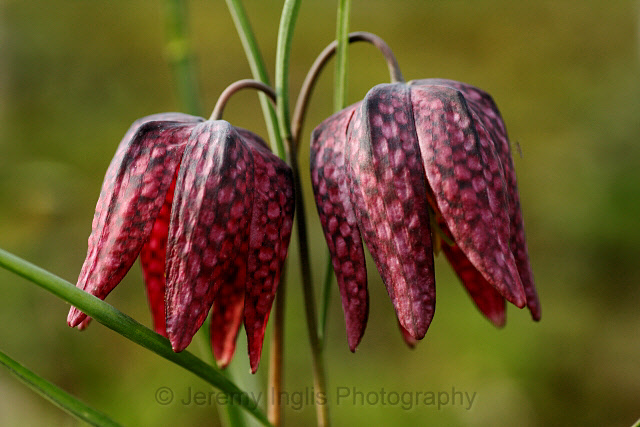 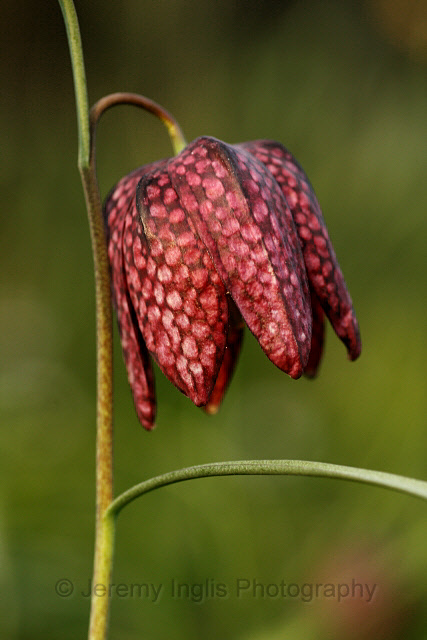 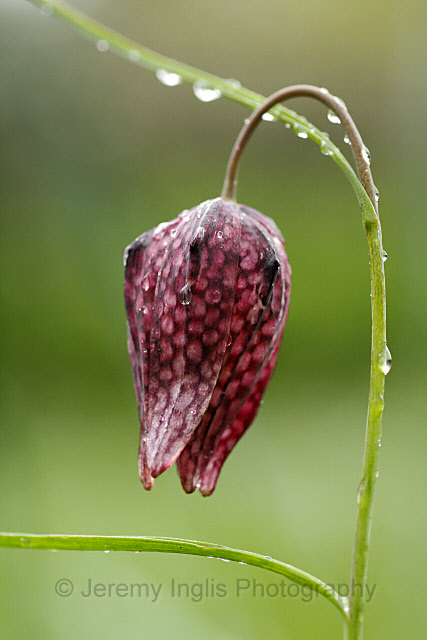 Makes a change from Foxes!

Here's some colour footage of the cubs to go with the earlier black and white. This is all from between about 6.15 and 6.30 p.m. on May 14th. Looks like the vixen has quite a handful with these four:

I went down again on Tuesday evening, and waited hidden behind some bushes about thirty yards away, downwind from the den, hoping to witness some action. After three hours in the cold and wind, not a glimpse. Must have been my smelly socks that kept them safely underground!
Posted by J at 02:58 9 comments:

A little footage filmed recently on my trail camera - on the night of May 13th and 14th. The cubs seem to appear above ground any time between 5 p.m. and 5 a.m. The film flickers a little at the beginning, but I got some quite nice footage of the vixen feeding the four youngsters, and of the little cuties scurrying around in front of the camera:

I also got some colour daylight footage, which I might post later.
Posted by J at 14:57 5 comments:

A pleasant surprise this evening when I popped down to check the trail camera which I had left out at one of my Fox dens.  As I was passing the first den, some movement near the holes caught my eye, and I was amazed to see three or four tiny Fox cubs (kits in America?) wandering around. I dived down behind a bush to get out my equipment (ooh, er!), and was able to set up only about twenty metres from them. They barely seemed to notice I was there, only looking with mild interest in my direction when I fired off a burst from my camera: 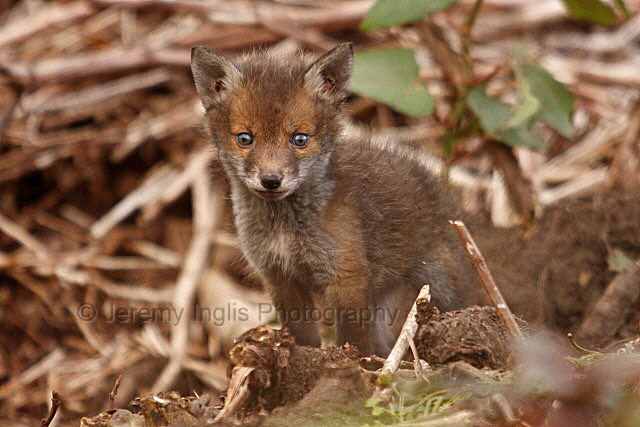 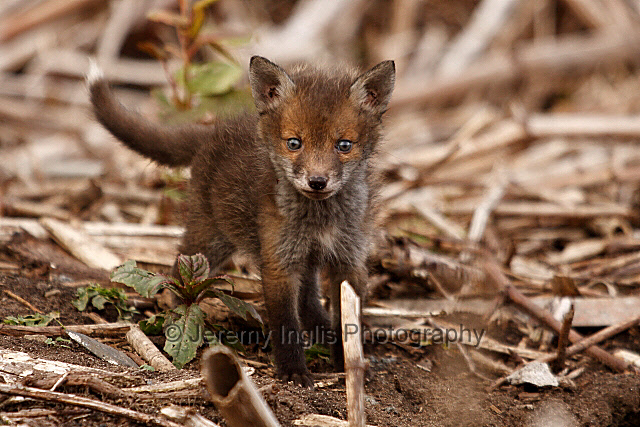 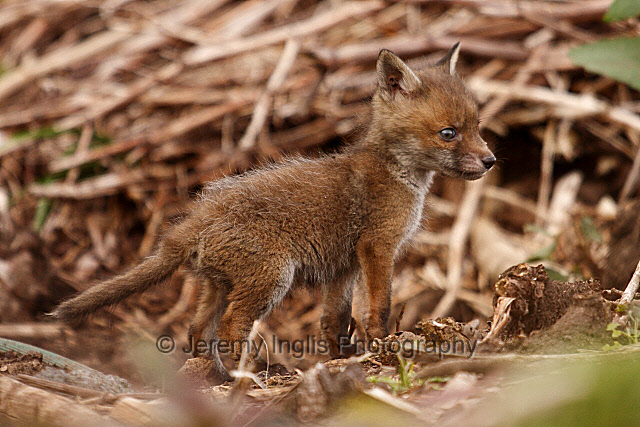 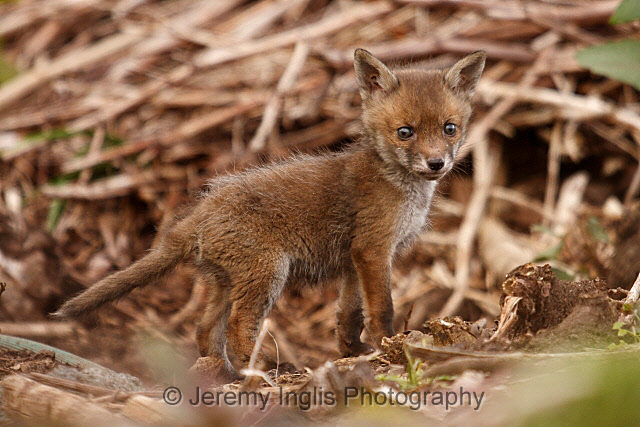 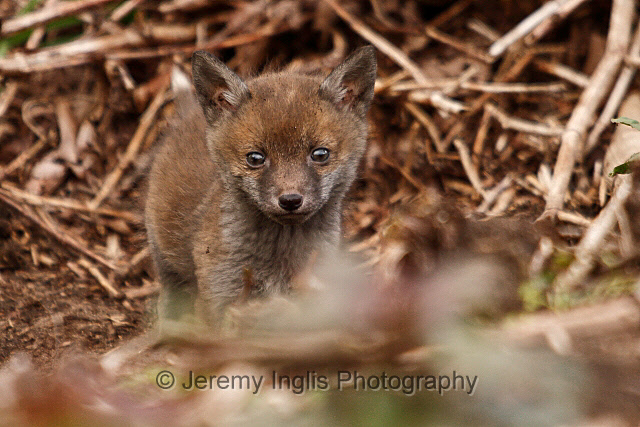 By the size of them, and by the fact that I haven't seen them before, I wouldn't be surprised if this is their first time above ground. Anyway, after a few minutes, as the hazy sun disappeared, they went underground, and didn't re-emerge in the next half-hour, so I let them be, only to return later, but there was no sign of them this time. The weather doesn't look good for photography for the next day or two, but I've left my trail camera nearby to monitor them, so here's hoping for some more footage and photographs of them as they grow over the next few weeks.
Posted by J at 00:44 19 comments:

Apologies for posting another squirrel video, but I've just bought an external microphone with a windshield to try and cut down on wind-noise, which was marring some of my previous video efforts. Just trying it out with this little film:

By the way, is anyone else finding this blog slow to load, as someone has reported to me it's slow for him?
Posted by J at 14:24 12 comments:

Fox on a Trail Camera

I picked up my trail camera on Friday evening, and here's some of the footage it captured; all taken between 7.37 and 8.56 p.m. on May 2nd:

Pretty sure this is a different Fox to the one in my previous post, as this is near the other den at the far end of the field.
I wish I'd taken my big lens out with me, because, as I was walking up through Singleton Park, I located a Tawny Owl, and was able to stand right underneath it as it hooted, before flying off toward Brynmill Park. Would've made a great shot, but I only had a smallish lens with me.
And then there were the approachable Wheatears on the beach earlier.
Anyone else find they get the best photos opps. when they've left their gear behind?!
Posted by J at 03:35 6 comments:

Chance Encounter with a Fox

I think now is the time of year when the first Fox-cubs begin to appear above ground, so, on Tuesday evening, I went down to what I've now begun to call my "Fox Field", where I first started seeing Foxes last year. There are two fox dens visible in the field, and I set up my trail camera near one of them, hoping to capture any signs of activity. I passed the second den on my way back, stopping to photograph the holes, when I spied a Fox watching me from only about thirty yards away, on the other side  of a small stream that borders the field. It didn't seem too worried by my presence, and gave me time to delve into my bag and get out my camera and big lens, enabling me to fire off a few shots at about a 1/200 of a second: 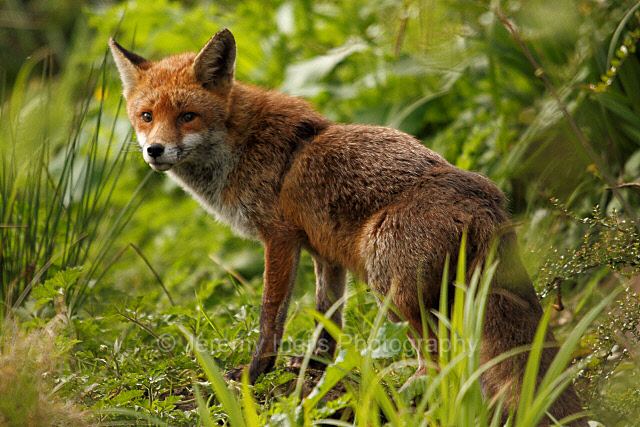 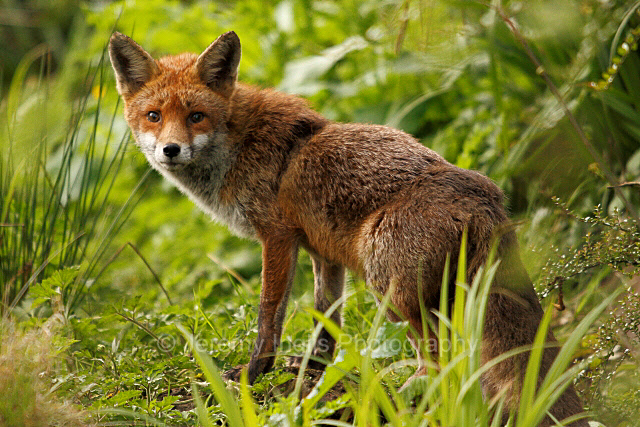 It then proceeded to casually stroll further into the large overgrown garden it was in, before settling down for a snooze in the long grass, unfortunately almost out-of-sight of my camera. It was only 6.30 p.m., and the first Fox I've seen out on a summer evening this year. Hopefully, the first of many such encounters.
Posted by J at 23:36 10 comments: