Rooks are typically birds of farmland, and I have found them rather wary in the British countryside. However, there is a small population present on the grassy areas along Swansea seafront, particularly the golf course. I don't know where they breed, but the constant presence of people here has led to some of them becoming very approachable﻿. Here are some photos I took on a walk there last Thursday, November 25th: 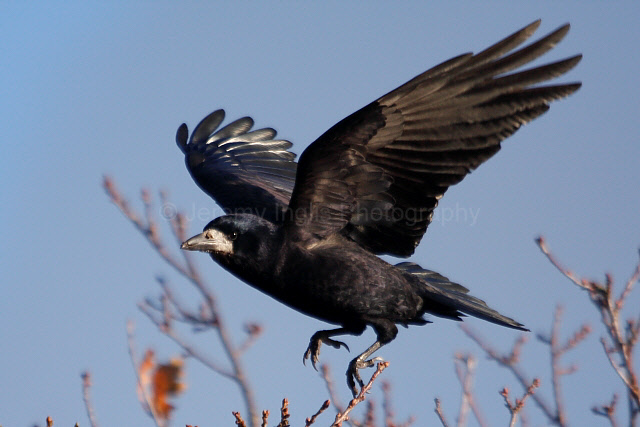 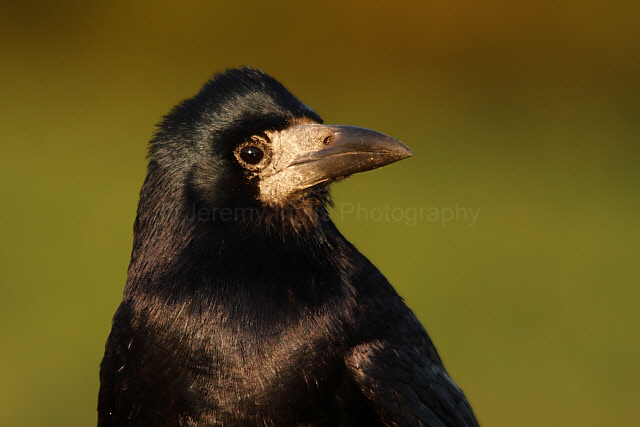 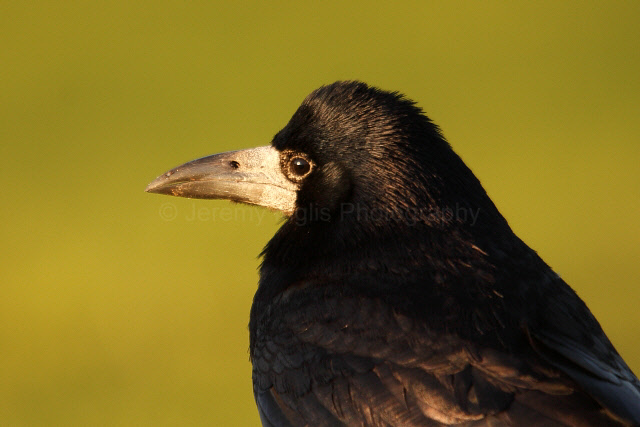 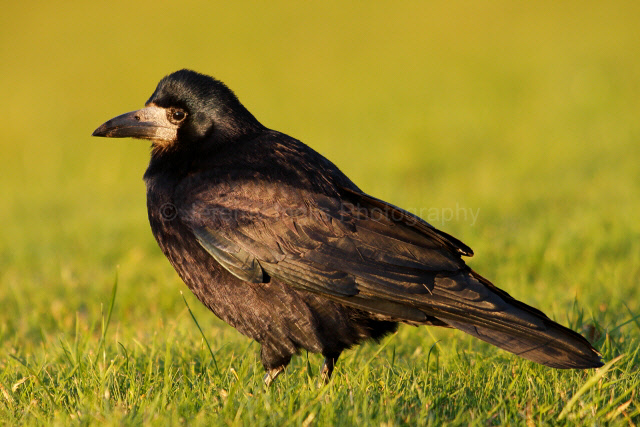 Finally, two birds perched in silhouette against the setting sun: 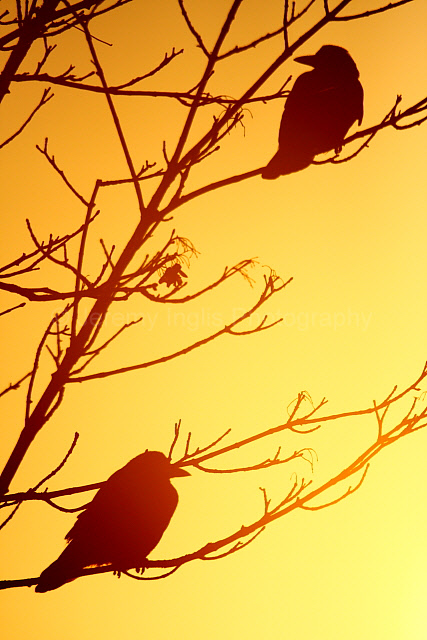 A few pictures from Tuesday's wander around the harbours at Burry Port and Pembrey, two small towns on the north shore of the Burry Inlet, and situated between Llanelli and Carmarthen.﻿
At Burry Port harbour, I spotted this Cormorant hanging out his wings to dry: 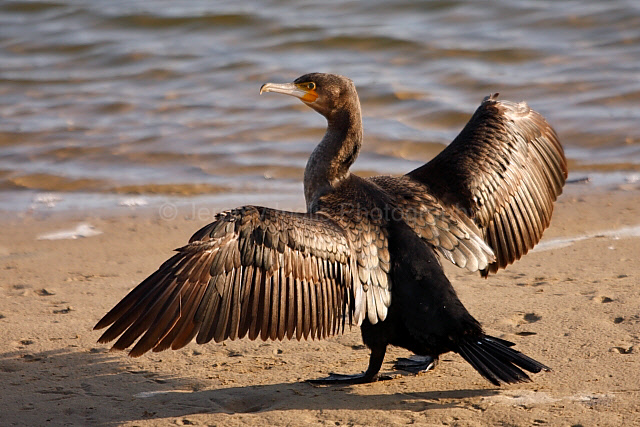 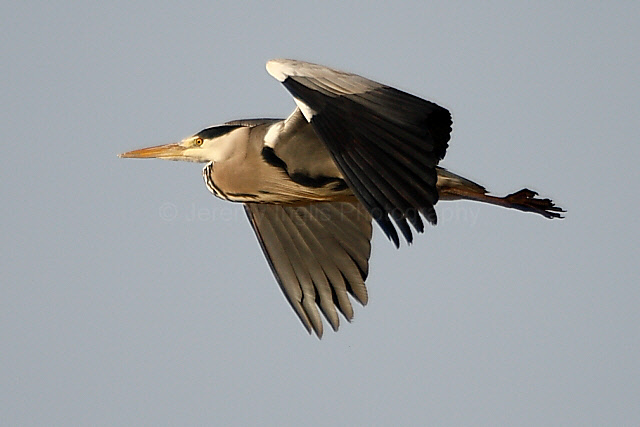 Looking down onto the sandy beach that separates the two harbours, I spotted this flock of Brent Geese in flight: 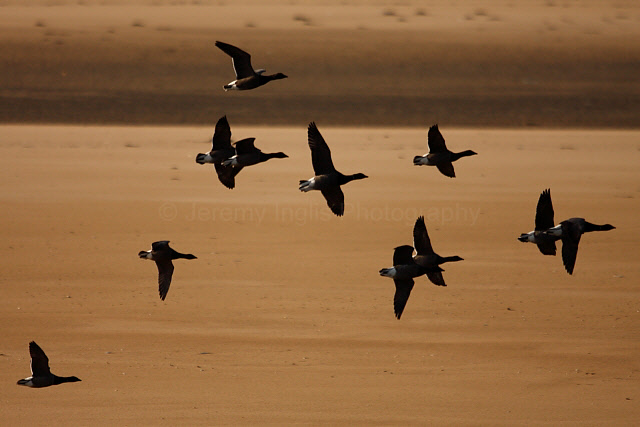 A Grey Heron sat serenely in splendid isolation on his sandbank: 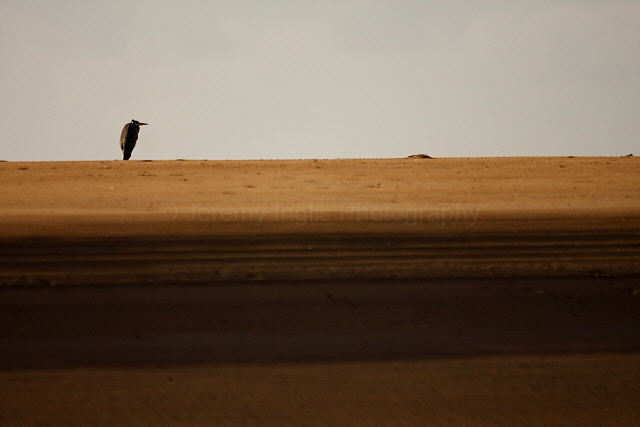 The geese landed on the beach, and I lay face down on the ground with my camera and lens resting on a beanbag to try for a few shots without disturbing the birds (the bloke in the background looks a bit bemused by my antics!): 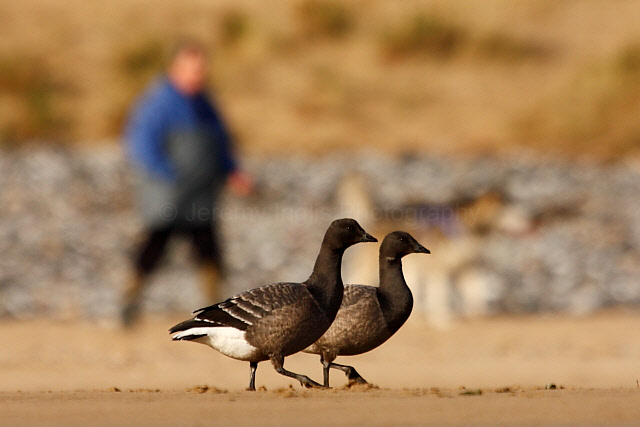 This goose was so relaxed, he stood around balancing on one leg: 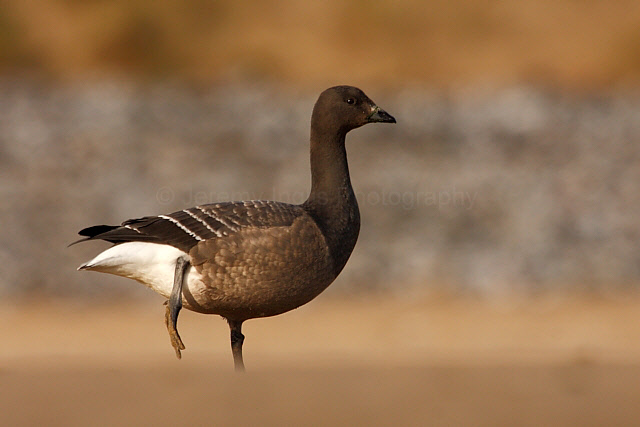 I just managed to squeeze this Cormorant into the frame as it flew over: 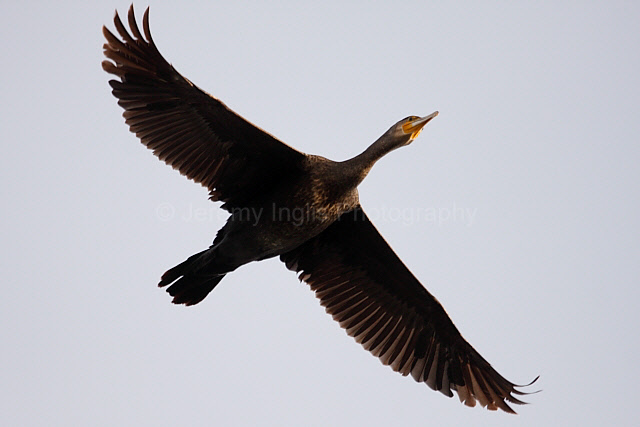 As the tide began to rise, Redshanks moved from feeding on the mudflats to roost on the walls around Burry Port harbour, allowing me to sneak close enough for a couple of shots: 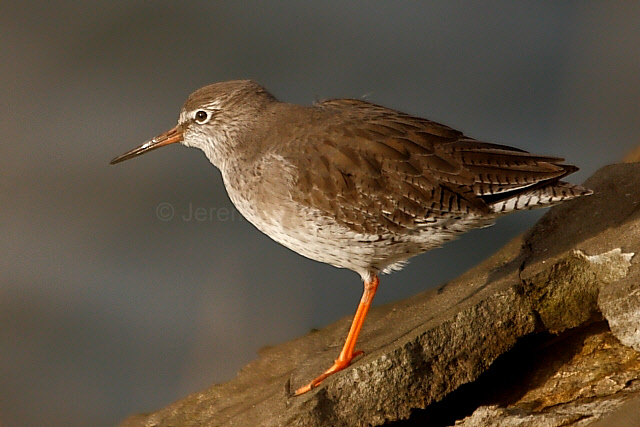 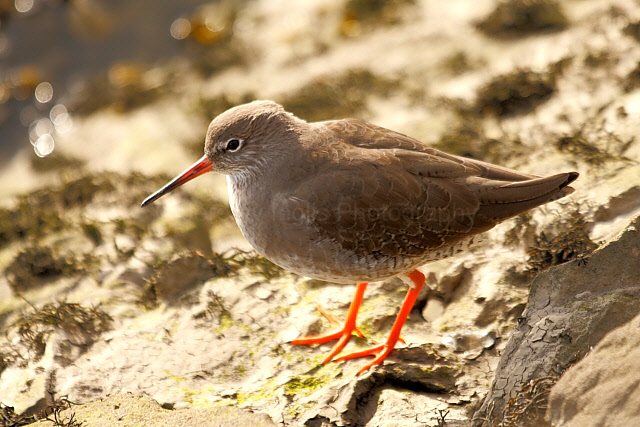 One of numerous Little Egrets flying past: 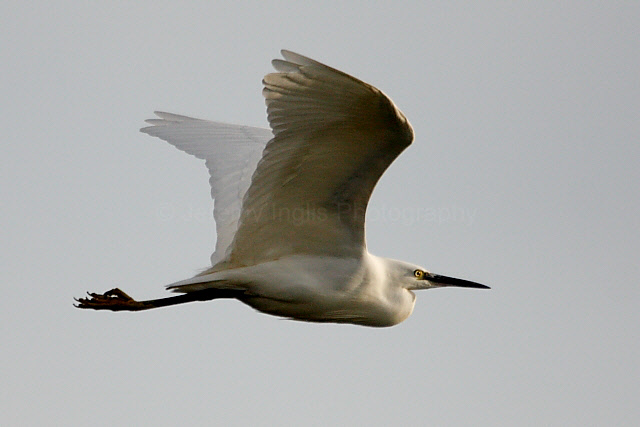 A Grey Heron was perched in a field by the harbour: 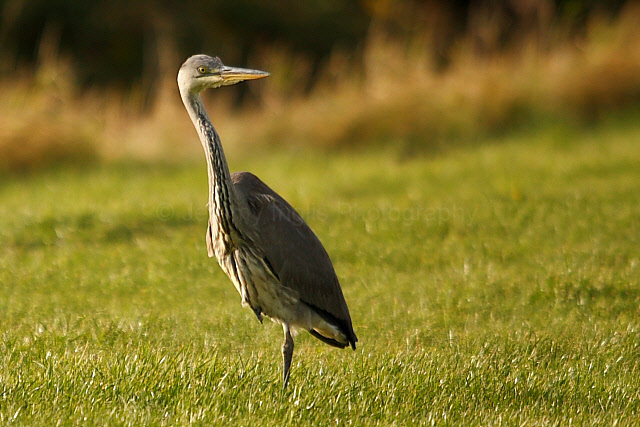 Before a dog appeared, and off it flew: 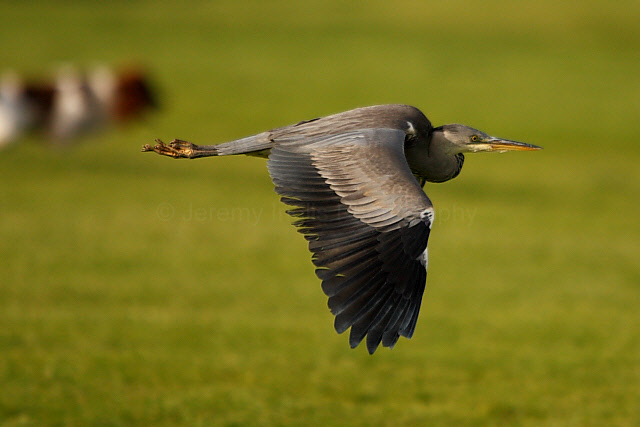 I then went round to the other side of the harbour, walking a short way eastwards towards Llanelli, where I came upon a small pond containing the ubiquitous Mallards, and two pairs of Gadwalls. Unfortunately, the Gadwalls were too far away for any decent shots, but hopefully I'll be back soon to try for some pictures of them. Always something new to see and photograph in the natural world!
Posted by J at 19:31 2 comments:

A few pictures from a walk along Swansea seafront with my big lens on Saturday last.
This juvenile Wood Pigeon was feeding near the footpath with many others of its species: 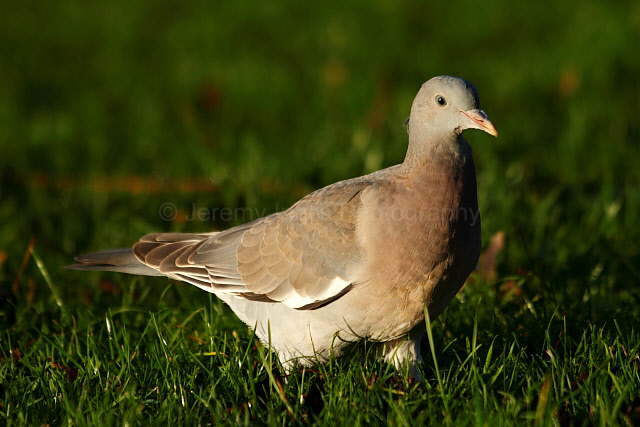 Rooks feed on the golf course, and have become quite used to passers by:﻿ 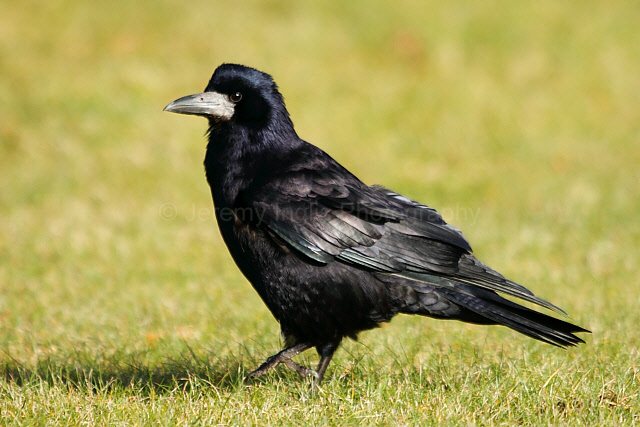 This Oystercatcher flew overhead, commuting between its various feeding grounds on the nearby beach and ﻿playing fields, as well as the golf course itself: 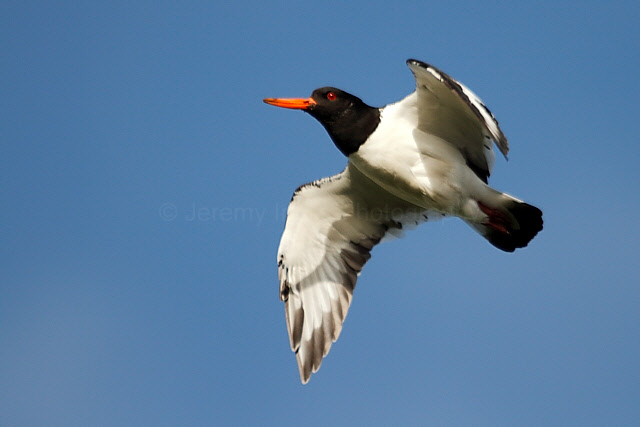 I talked to a local fellow who told me he had seen six Waxwings feeding in hawthorn trees on the golf course on Thursday. This was in exactly the same place where I had seen three during the 'invasion' of early 2005, so I went for a look. Unfortunately, they were not there now, but I did see some Waxwing-sized birds flying into a berry-bearing shrub across the main road, so I popped over to investigate. The birds I had hoped might be Waxwings were in fact Starlings: 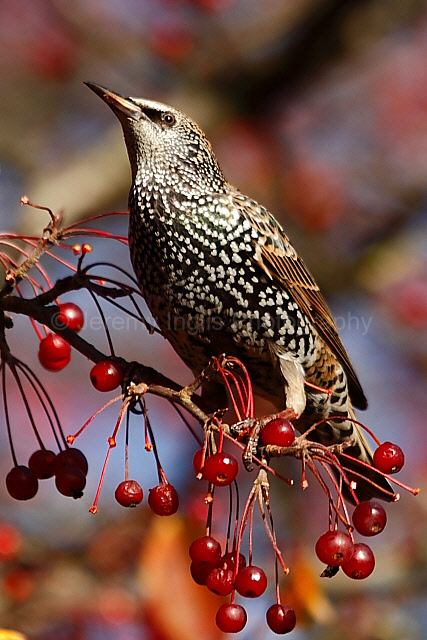 Other birds feasting on these small cherries were a handful of Song Thrushes and Redwings, plus numerous Blackbirds, including this male: 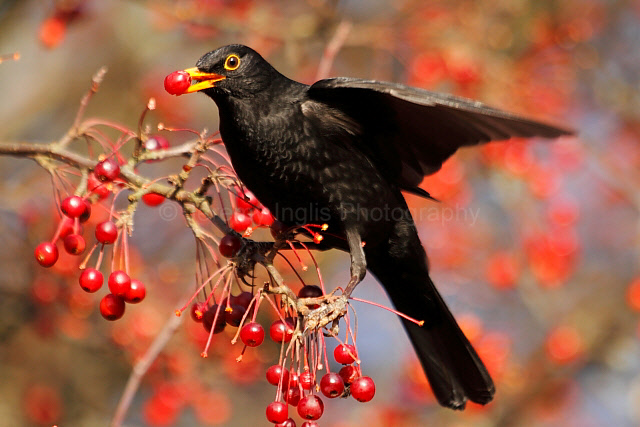 I have set up a few Teasel seedheads in the sand-dunes at the top of the beach, and fill them up with niger seed every few days, hoping to attract Goldfinches. My efforts are beginning to pay off, and I was able to take a few photos in the afternoon sunshine: 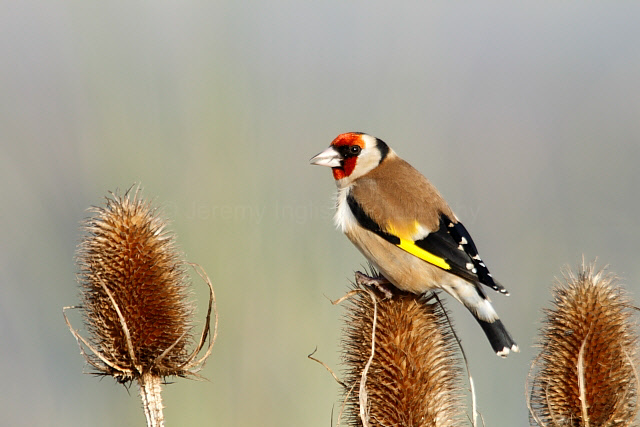 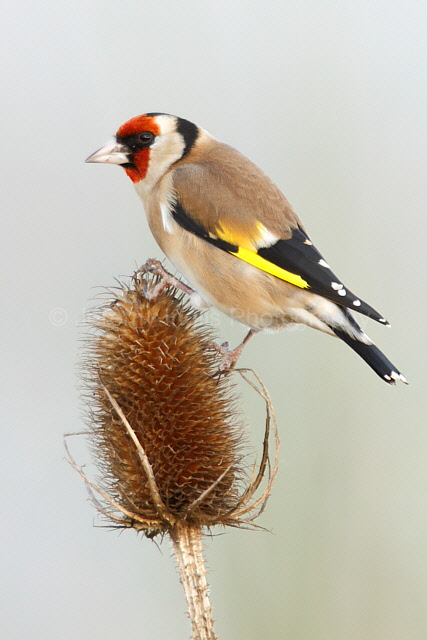 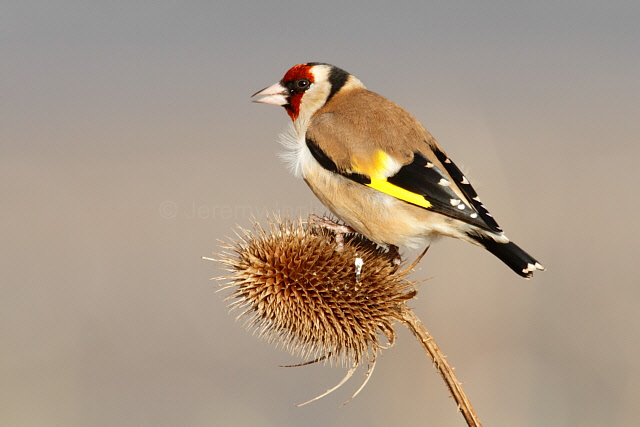 ﻿
My camera's battery now flat, I began walking the mile or two home. With Waxwings seemingly heading this way, I checked any berry-bearing trees and shrubs I saw for any sign of one of my favourite birds. As I turned left into Sketty Park Drive, about 4.15 p.m., I looked across the road to a group of Rowan trees growing on a grass verge, some still with berries. In the top of one of the taller trees was the unmistakable crested silhouette of a single Waxwing. Fantastic! I watched it through binoculars in the dusk light for three or four minutes, during which it barely moved, before rushing home to get another camera with a charged battery and a flashgun. On returning, you guessed it, the Waxwing was nowhere to be seen! Drat! It had probably been there feeding for some while, whilst I was photographing the common, but beautiful, species. Just my luck!
Anyway, I went out again on Sunday looking for Waxwings, but no sign of them, in Sketty Park Drive, or anywhere else.
Here's hoping I get another chance to see and photograph this species this year. If anyone reading this sees any Waxwings in the south Wales area, please let me know!
Posted by J at 06:40 5 comments:

The annual fireworks display at the St. Helen's rugby and cricket ground here in Swansea﻿ was postponed from from its appointed time on Guy Fawkes Night, November 5th, due to bad weather, but was held tonight, November 9th, instead. I went down to take a couple of snaps: 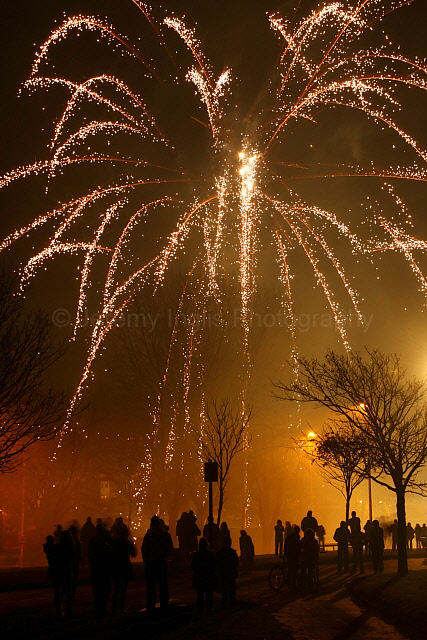 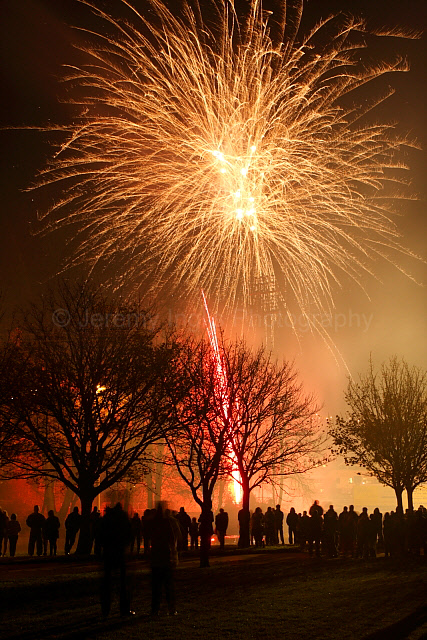 Walking along the seafront golf course here in Swansea today, I spotted a familiarly unfamiliar bird flitting overhead. ﻿Familiar because it is is a common enough visitor to these shores; unfamiliar due to the time of year, when they should be well away on their return journey to Africa. Was it or wasn't it? I looked a little closer, and sure enough it was: a Swallow! I watched it dashing to and fro above at breakneck speed, doing all it could to evade me and my camera's vain and feeble attempts to capture it in flight: 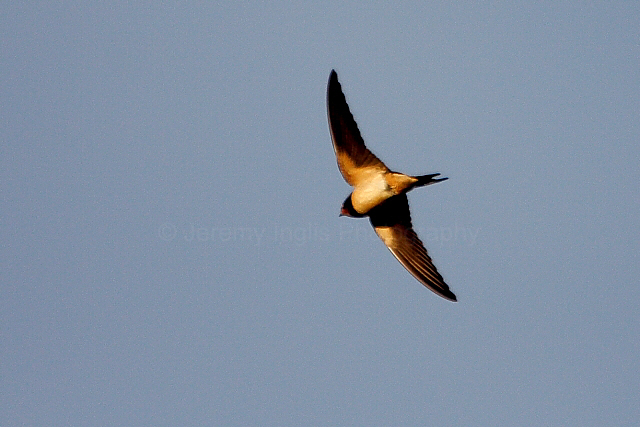 After half an hour, it was joined by another bird, and they flew back and forth over the grassland for a further twenty-five minutes, before disappearing south-westwards towards West Cross and the setting sun. I dare say the last Swallows I shall see this year, and probably the latest I have ever seen!
Posted by J at 21:20 3 comments:

I just sold this picture through my agency for $600 - a big sale for me. It's also my second sale already this month, so hopefully it's the start of a good month. The picture has made the cover of an e-book; so, if anybody spots it anywhere, please let me know!
Anyway, here's the image: 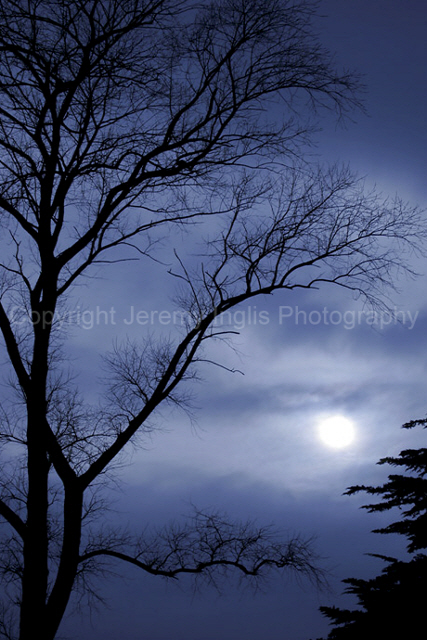