News has leaked out the last week or two of sightings of at least one of the rare and elusive Bittern being present at Forest Farm, a nature reserve on the outskirts of Cardiff and one of my former regular haunts, although somewhere I hadn't been for at least a year. I decided to put that right, and headed down that way today.
Several hours' wait in the hide, with only the briefest glimpse of the bird, was made worthwhile when a Bittern finally popped out the into the open just after 3 p.m. in the warm Spring sunshine, crossing from right to left the gap between the two reedbeds. I managed a few shots, albeit that they are cropped a bit from originals taken with a 500mm lens and 2x converter: 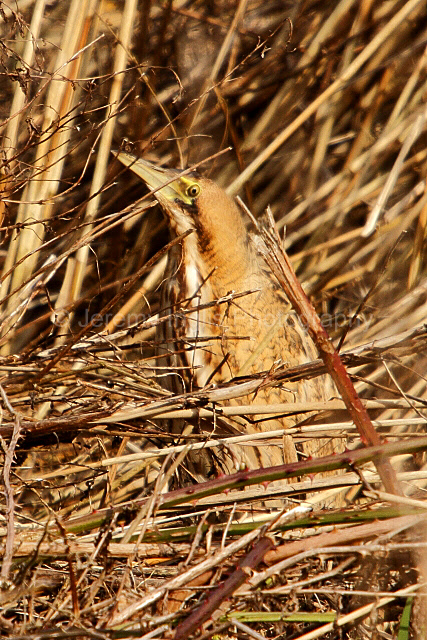 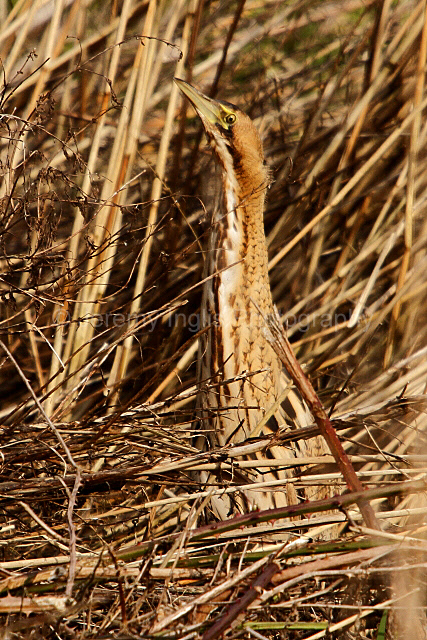 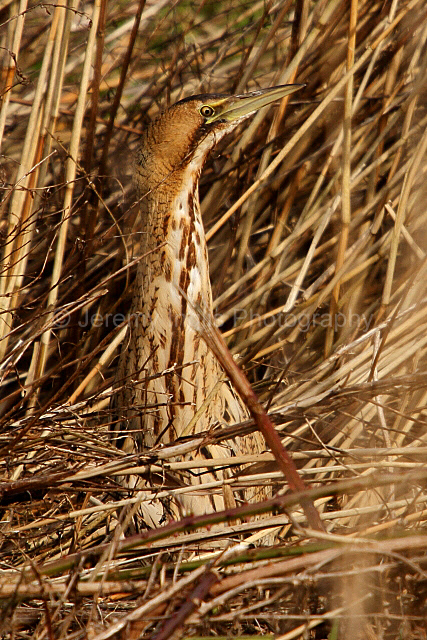 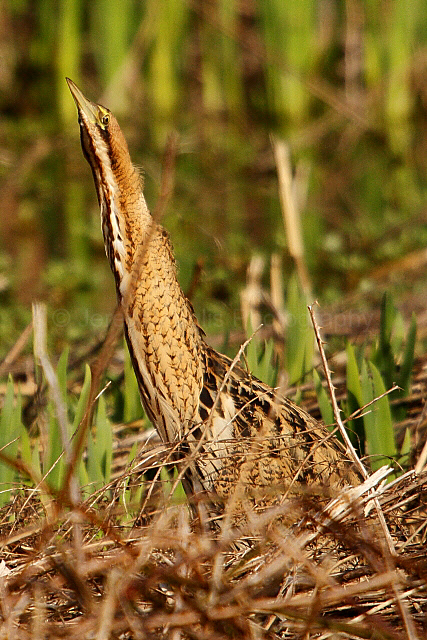 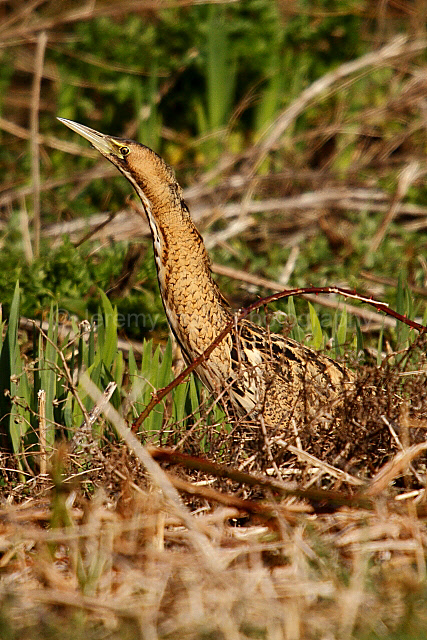 Just before leaving, I decided to have a peek in the other hide as dusk was falling. There didn't seem to be anything about, but then a flapping in the reeds to the right caught my eye. Amazingly, it was a Bittern perched incongruously at the top of the reed stems, and apparently trying to walk along the top of the reedbed. By this time, the battery in my camera had run out, so I resorted to a bit of video, although it was so dark the camcorder could barely focus, and I haven't got the facility to upload it at the moment. Not sure whether the Bittern had just flown in, or whether it had climbed up the reed-stems, but it soon melted back down into the reeds and was gone into the night.
Posted by J at 00:21