Yesterday, I went up to Cwmbran in Gwent, as I had heard there was a flock of Waxwings showing well there. I found the location easily enough, and spent a couple of hours in the afternoon sunshine attempting to photograph these lovely birds as they periodically descended into two white-berried Rowan trees - when the aggressively-territorial local Mistle Thrushes would allow them. Cliff Woodhead - who had been there since 10.30 a.m., and was there most of the time photographing alongside me - had counted 38 birds in the flock. The problem was that the Waxwings tended to land on the far side of one of the two trees, and so were often in shade, although the berries on which they feasted were lit by the sun. Also, as anyone who has watching Waxwings feed will know, these birds don't stay still for long, and feed in frenzied bursts, before retiring to nearby taller trees to digest their meal.
Anyone, I managed a handful of reasonable shots: 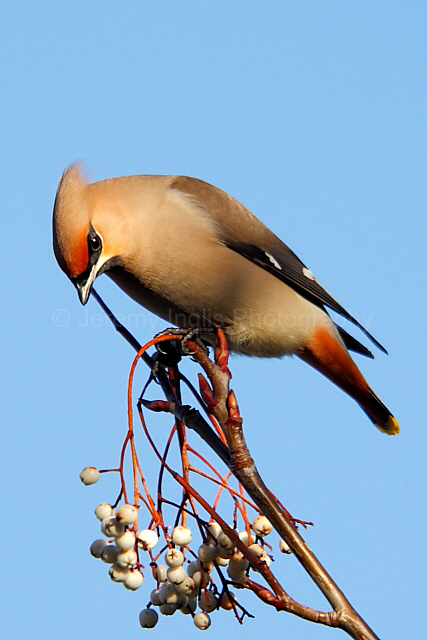 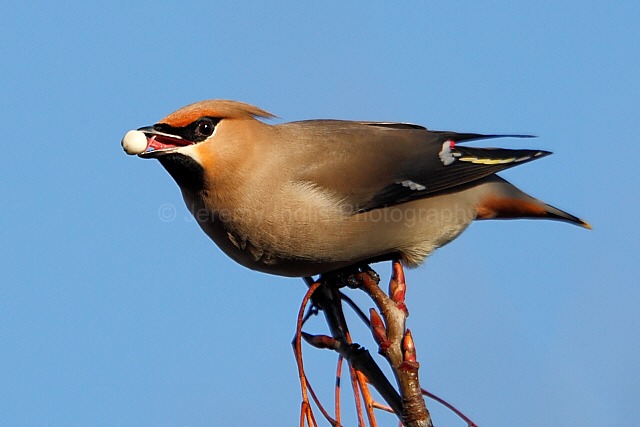 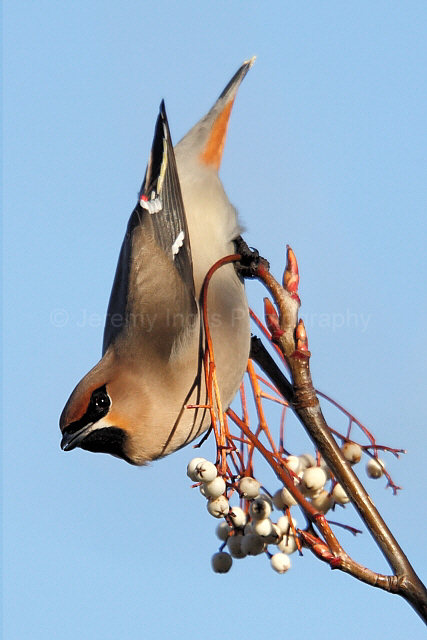 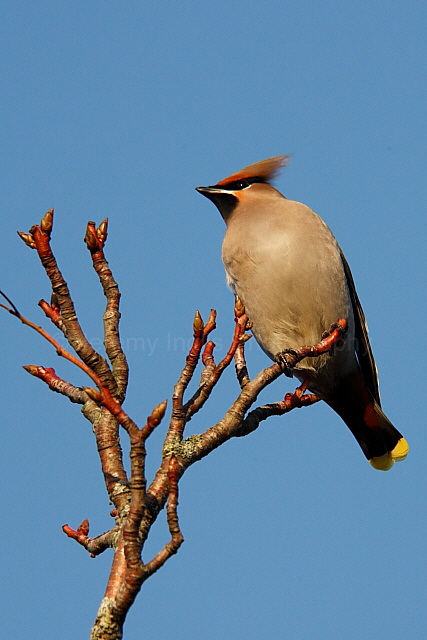 ﻿
Just after Cliff left about 3.45 p.m., the Waxwings flew off westwards over the nearby houses, although they have apparantly returned again today. If they hang around a few more days, I may just head up there again, and bore any remaining viewers I might have with even more Waxwing shots!
Posted by J at 21:49