I walked down through Singleton Park just after first light this morning. There were Redwings all around the neighbourhood, although nowhere near the numbers we've had around here during the last two harsh winters, as well as healthy numbers of Song Thrushes. It was also good to see plenty of Wrens had made it through the recent cold spell. I spotted a Grey Heron standing serenely by the pond near the (sadly now fire-charred) Swiss Cottage. Stopping briefly to feed the birds, I soon had Great Tits and Robins landing on my hands for peanuts. A quick trip across the road to Brynmill Park, and a walk around the lake, yielded a couple of Mute Swans, about twenty-five Tufted Ducks, and a single male Pochard, amongst the usual Mallards and Moorhens. Another Grey Heron was resting on the manmade island in the pond. I returned to Singleton, and strolled along the stream that runs along the edge of the park, thinking I might see a Grey Wagtail there. In fact, I was amazed to see a Dipper on this tiny stream, the first I have seen in ten years of living in the area.﻿ I'd left my big lens behind, but tried for a few shots with a 70-200mm attached to a 1.7x converter. Conditions were not ideal, as I was reduced to handholding at around 1/100th of a second at ISO 1600, so the few pictures I got (which have been cropped quite a bit) are rather grainy (but I like to think it gives them a 'painterly' quality!): 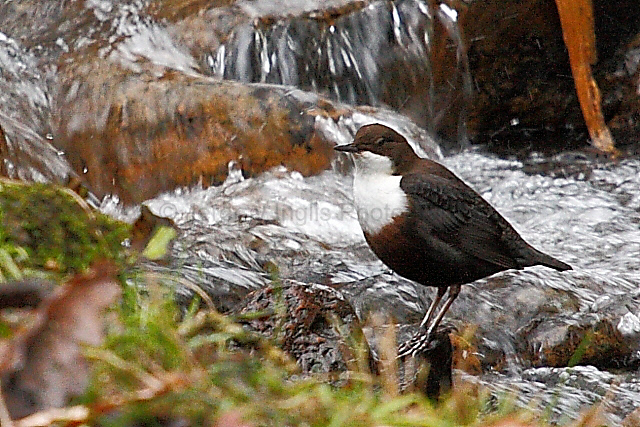 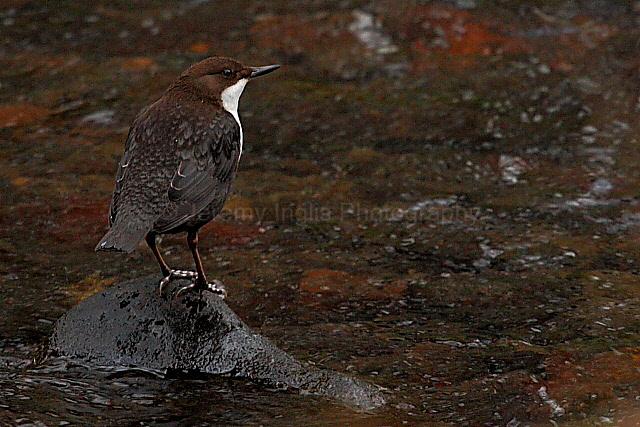 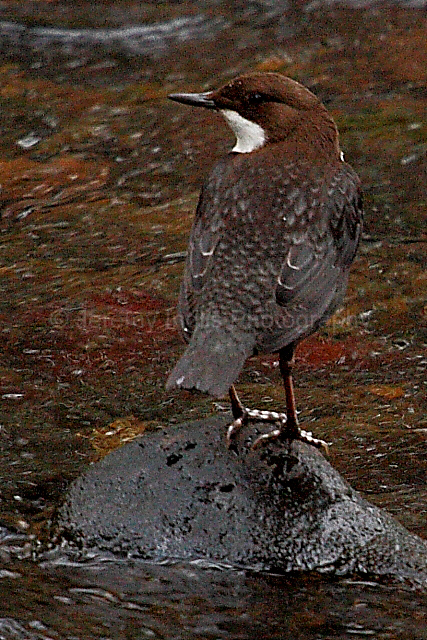 Continuing my walk, I bumped into a bloke who told me he had just seen several Waxwings feeding in hawthorn berries on the nearby golf course. He seemed to know me, although I had no idea who he was! (Thinking about it, he must have been the same fellow who told me he'd seen Waxwings in the same place several weeks ago.) Well, they weren't there then, and they weren't there now! I think he may have mistaken Waxwings for Redwings, as there were largish flocks of these thrushes feeding nearby on the course and perched in trees. Still, I live in hope of getting another chance for some decent Waxwing photos this winter. But the berries are running out fast!
Posted by J at 18:46